I think it is the marimba music that I find so infuriating about my favourite Elizabeth Bishop poem The Bight. And of course the last line, its diminishing feminine ending as we used to call it in college.

As a poem, it is its transformative quality I love best; the quay that repels water it is so dry, the unwet water, the reality (and poetic unreality) of its evaporation. And this is underpinned by the machinery of the bight, actual, sponge boats and dredgers, and imagined: the boats become anxious retriever dogs eager for a word of praise, the dredger has a “jawful of marl” while the workaday shark fins for the restaurant trade hung out on chicken wire to dry become plow-shares, the pelicans are pickaxes hitting the water "unnecessarily hard". One imagines a hangover might have been part of this particular creative process. And indeed the pelicans are "rarely coming up with anything to show for it”.

There are no people but the poet.

And under it all, "the dry perfectly off-beat claves" of the dredger tie the whole into a maddening music, Baudelaire's music no less, and this line on occasions makes me want to hit Bishop over the head with a hammer. What are the old correspondences that lie like broken boats? And why that last line like a nervous nod of the head, “awful but cheerful” (said with an American accent what can awful mean? It reminds me of John Wayne in the Greatest Story ever told asked to do his line as the centurion with more awe, and saying "Aw, surely this man was the son of god.") The poem is left high and dry like the beach flotsam and jetsam, Bishop can do that; withdraw from the poem and leave it resonating like the dredger for the sixty five years or so since she started it on her 37th birthday in 1948.

At low tide like this how sheer the water is.
White, crumbling ribs of marl protrude and glare
and the boats are dry, the pilings dry as matches.
Absorbing, rather than being absorbed,
the water in the bight doesn't wet anything,
the color of the gas flame turned as low as possible.
One can smell it turning to gas; if one were Baudelaire
one could probably hear it turning to marimba music.
The little ocher dredge at work off the end of the dock
already plays the dry perfectly off-beat claves.
The birds are outsize. Pelicans crash
into this peculiar gas unnecessarily hard,
it seems to me, like pickaxes,
rarely coming up with anything to show for it,
and going off with humorous elbowings.
Black-and-white man-of-war birds soar
on impalpable drafts
and open their tails like scissors on the curves
or tense them like wishbones, till they tremble.
The frowsy sponge boats keep coming in
with the obliging air of retrievers,
bristling with jackstraw gaffs and hooks
and decorated with bobbles of sponges.
There is a fence of chicken wire along the dock
where, glinting like little plowshares,
the blue-gray shark tails are hung up to dry
for the Chinese-restaurant trade.
Some of the little white boats are still piled up
against each other, or lie on their sides, stove in,
and not yet salvaged, if they ever will be, from the last bad storm,
like torn-open, unanswered letters.
The bight is littered with old correspondences.
Click. Click. Goes the dredge,
and brings up a dripping jawful of marl.
All the untidy activity continues,
awful but cheerful. 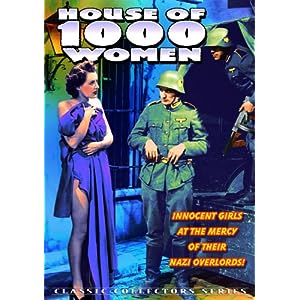 Posted by Bridget Khursheed at 02:56