Damian Smyth (winner 2012 iOTA Shots Awards) and Erin Halliday (2012 Templar Poetry Pamphlet & Collection Awards) are the poets at the Templar Poetry reading; both come from beautiful County Down. (Happy memories of visiting my granny and uncle there apart from the ghost on the landing and her love of tinned orange juice.)

Admission to the reading is free and it starts at 7.30pm. This is good. Especially good for those who have loved and lost. But I would recommend also as a salutary Valentine's Day present. 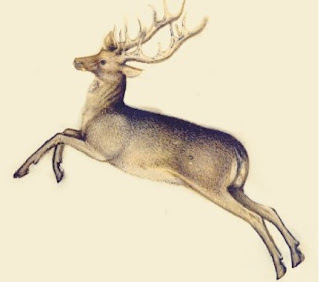 I like the delicacy of touch and the control; the spacing of the poems; the way they peter out in time.

Take Tiny Siren: the image is so perfect, its connection with other swimming moments of Olds and her ex-husband subversive and entangling. The incriminating photo that literally comes out in the wash...

"...a minature woman in a bathing suit,
lying back after the spin cycle..."

This is just one of a hundred breath-taking details so go buy. It is a one sitting read - only I took two sittings because I couldn't bear to finish it all in one go.
Posted by Bridget Khursheed at 09:55 No comments:


Ambit is a literary magazine started by a doctor. "Ambit is put together entirely from unsolicited, previously unpublished poetry and short fiction submissions."

This event occurs at the pleasantly named The Owl Bookshop  from 7pm. 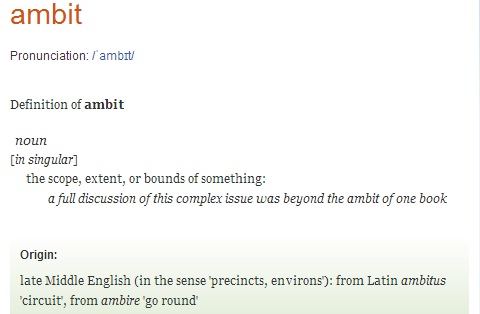 There will be a reading to celebrate the new magazine including poet Angela Kirby and Iranian writer in exile Navid Hamzavi. Wine and the chance to buy the new issue...

Posted by Bridget Khursheed at 01:19 No comments:

Well what do you know Sharon Olds won the TS Eliot prize for poetry £15K and "a unanimous win"...that last is the probably the hardest to pull off for a poet. You can read our original thoughts on how she was reviewed here in Bitch reviews or this more measured look at the work here http://www.guardian.co.uk/books/2012/oct/21/stags-leap-sharon-olds-review. All quite pertinent stuff given the current lathered mysogyny being aimed at Mary Beard and the like for having the temerity to look like an old woman and be on television and say thoughtful things...

More on the TS Eliot prize win here http://www.guardian.co.uk/books/2013/jan/14/sharon-olds-ts-eliot-poetry-prize
Posted by Bridget Khursheed at 01:25 No comments:

I had the great pleasure of meeting an old Finnish man shortly before Burns night (our Scottish celebration of the poet Robert Burns on the 25th January each year) and he told me of his worship of Burns.

"There are many statues of Burns" he explained, "throughout Finland and Russia." It didn't surprise me for who couldn't love Burns' work and his message. But then he added, "And of Walter Scott too."

That stopped me. The man had come to Abbotsford Scott's house having made his pilgrimage to Alloway Burn's birthplace. He spoke English with some difficulty but offered several corrections to the information on the display boards in the house. He knew Scott as if personally.

Why? To Finns and Russians and Czechs and many more Scott was a great nationalist pushing countries to recover and expand their language with its historic words and rediscover their sense of identity.

In Scotland, it is a little different.

Glasgow is dumping Scott's statue unless it fits in with the new design scheme of George Square. The poet who celebrated the city in his book Rob Roy is well, what? I don't know... The old guard don't like Scott and they are the managers now.

Perhaps they should read the poems and the novels before making up their mind to erase what is celebrated and seen so differently in the rest of the world.

You can find out more here http://www.architectsjournal.co.uk/news/opinion/glasgow-says-goodbye-to-sir-walter-scott/8640085.article
Posted by Bridget Khursheed at 13:32 No comments:

With a name as if from Daniel Defoe but probably most likely a corruption of the Dutch ship 't Nachtglas which first discovered it, this island is covered in rough grass, small spiny trees and cliffs which rise to over 300m. Its animal life which is almost uncorrupted by human interference is different on the small stretch of flattish shore from that of the cliffs above.

Subject for an allegory? You can find out more here http://en.wikipedia.org/wiki/Inaccessible_Island.
Posted by Bridget Khursheed at 13:15 No comments:

We are already to beginning to develop our next issue and it promises to be the usual idiosyncratic mezcla of pandemonium and pansies, vim and violets, roses and raptures... 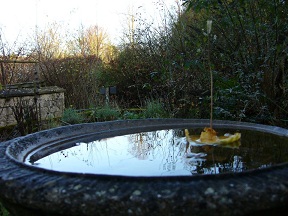 Don't get left behind on the quay, make a new year's resolution to send us something.

Full details and examples of the magazine in all its resplendence can be found here www.poetandgeek.com
Posted by Bridget Khursheed at 12:26 No comments:

Well done to us and all our editors and to you our lovely poet and geeks...

You may notice some changes over the next few months... re-branding no...but simplification yes...
Posted by Bridget Khursheed at 12:12 No comments:

Not wanting to write

We'll all have days like these. The paper stays white. We resent it. We complete myriad chores of the kind:


The writing does not occur. In my case I usually hate the idea of writing. I am rarely indifferent to it and when that happens somehow it is even worse. 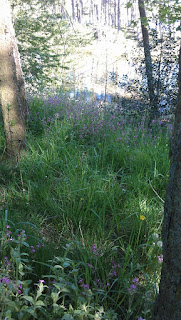 Lately I have been keeping a log of the commute to my geek work. This has been very satisfying in that no work day goes by at least without something written. Pressure off. I can then luxuriate in any poems I write.

Today I feel I don't care about the idea of writing at all.
And I have written this already.

It is a good trick if you can fool yourself.

It doesn't always work though!
Posted by Bridget Khursheed at 12:44 No comments:

This statue is thought to have inspired Percy Bysshe Shelly to write another poem about a statue Ozymandias in 1817. The chronology is bit iffy but let's not worry about that now.

(btw the British Museum in London was a magnet to the romantic poets including notably Keats; seen as a dynamic centre of endeavour and new discovery unlike our own rather musty view of such places.)

He wrote in competition with his friend Horace Smith whose own less known poem of  the same title follows.


In Egypt's sandy silence, all alone,
Stands a gigantic Leg, which far off throws
The only shadow that the Desert knows:—
"I am great OZYMANDIAS," saith the stone,
"The King of Kings; this mighty City shows
"The wonders of my hand."— The City's gone,—
Nought but the Leg remaining to disclose
The site of this forgotten Babylon.

We wonder,—and some Hunter may express
Wonder like ours, when thro' the wilderness
Where London stood, holding the Wolf in chace,
He meets some fragment huge, and stops to guess
What powerful but unrecorded race
Once dwelt in that annihilated place.


Thank you to M.chohan for the use of this photo.
Posted by Bridget Khursheed at 09:00 No comments:

A nice way to slide into the new year if you are in this big bad capital city. A free reading with an all-American female (and poet amongst many other things) line-up of Melissa Buckheit, Maxine Chernoff and Jaime Robles.

You may know Robles already from her work at Five Trees Press, an award-winning literary publishing house based in San Francisco which she co-founded.

This event is held at the Swedenborg Hall, 20-21 Bloomsbury Way, WC1A 2TH. Did I mention already that admission is free?

Attending a book launch before Christmas, I was drawn up the staircase of the old house into empty rooms above. The furniture had been removed after the owner's death and subsequent auction. And the reading we were giving was one of the first money raising activities to save the fabric of the house which has now been left to (and claimed by) the community. The space was full.

There is nothing like peopling a place with your imagination. I think this was one of the great attractions for me in working as a guide at Abbotsford (Walter Scott's house) which at that time had just ended continued occupation by his descendants following the death of his last direct line relative.

It is something startling to wait for a tour party in the quiet of Scott's library and imagine him seeing the same light on the lion at the end of the bannister or letting his dogs out of the window or simply escaping visitors by using the stairs straight up to his dressing room above. Visitors felt the same showing each other secret ways to open cupboards, sharing knowledge or one tucked away Maori object among all the other paraphernalia of Scott the antiquarian.

Daniel Clark's evocative memoir of the Crossley Sanatorium in Cheshire, England is lit with the same revelatory lamp. It shows the ward rooms prior to any renovations in a state of encroaching dissolution. The gallery allows you to walk around the hospital seen through Daniel's eyes; detail, decay and form. Visual poetry.

You can find out more here http://www.daniel-clark.co.uk/crossleysanatorium/ or about the beautiful house and its grounds where I read at http://www.thehaining.co.uk/.
Posted by Bridget Khursheed at 13:22 No comments:

With the dregs of hogmanay drained, we wish our users a happy and prosperous 2013. It will be p&g's own birthday in a couple of weeks; we are 2! Plus we are close to 20,000 visits made from 114 countries and counting.

We look forward to welcoming you in this new year for more computing, places and poetry. And if you haven't yet, check out our latest edition of the poetandgeek.com online magazine here http://www.poetandgeek.com/issue5/issue05.html.

Hogmanay: the Scots word for the last day of the year and the celebrations surrounding the beginning of the new year.

You can find out more here http://www.edinburghshogmanay.com/
Posted by Bridget Khursheed at 00:00 No comments: