The deadline is the end of today. So still time to sling across a few poems or images and see what happens. 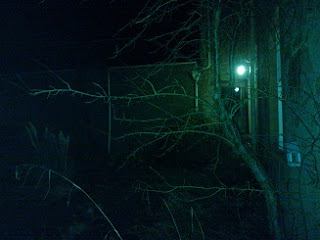 poetandgeek.com Issue 6 is due out early May 2013. If you have submitted already, thank you and you will be hearing from us in the next few weeks.

You can find full details of what, where and how here http://www.poetandgeek.com/. We recommend that you take a look at previous issues too.
Posted by Bridget Khursheed at 02:24 2 comments:

Lorna Goodison first came to my attention in Archie Markham's anthology Hinterland. She is a Jamaican poet and artist born in 1947. Now working as an academic currently teaching at the University of Michigan.

This tweet poetry is taken from Goodison's poem I am becoming my mother. The full poem can also be seen on the London Underground.

My mother had a linen dress
the colour of the sky
and stored lace and damask
tablecloths
to pull shame out of her eye.

I am becoming my mother
brown/yellow woman
fingers smelling always of onions.

You can find more about Goodison here http://www.poetryarchive.org/poetryarchive/singlePoet.do?poetId=13589.

Posted by Bridget Khursheed at 13:38 No comments:

This Thursday and every Thursday. But you just missed Melizarani Selvakkumar Malaysian poet and spoken word artist live...bad luck. 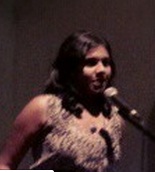 If you want to take part there are more details here http://www.blujaz.net/26th-mar-30th-mar/
Posted by Bridget Khursheed at 14:01 No comments:

Open call for poems from Z-composition.

They tell us that they "publish a vast expanse of obscure mischief, necro-style, organic phenomenon, decay and fragmentation of reanimation, sci-fi, dream like, fantasy, horror, thriller, dark, comedy/humorous, how many more words can we use. We publish all/most styles of poetry, prose, flash fiction, art, and photography."
Find out more here http://zombiepoetry.com/2013_02/poetry-prose.html
Posted by Bridget Khursheed at 08:58 No comments:


Australian poet (and editor of Jacket2) Pam Brown has this new book available from Shearsman.

Rachel Blau DuPlessis says of her work "fearless, acutely observant, witty and wry. She delights in the curiosities of the everyday, in notational sprezzatura, in the penetrating encapsulation of layers of time, chance and meaning with her twists of lexicon, diction and line break...one of the scintillating wizards of Oz poetry.”

More about Pam Brown here https://jacket2.org/content/pam-brown.
Posted by Bridget Khursheed at 16:01 No comments:

Documenting a new hardware product, I need to line-up the screen design with the actual devices...the machine is run by a touchscreen-driven application. The engineers need exactitude to get the screen arrows pointing in just the right place. 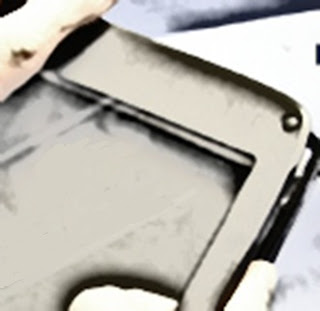 So out comes the ruler...as the beast is a prototype the slits are non-matching and the screens are for a couple of versions on. Fun.

However out pops a word. Bezel. I know it as the moveable ring on diving watches or the setting for a diamond. But it can also be used for the plastic rim round your iPad or monitor or tv. Suddenly the task seems a lot more fun.

But hang on what do you call the lip of the bezel?
Posted by Bridget Khursheed at 02:35 No comments:

Otherwise known as Geek Pride Day is celebrated every 25th May at least since 2006 when Germán Martínez (Señor Buebo) got things going in Spain...I would like a little more detail obviously. 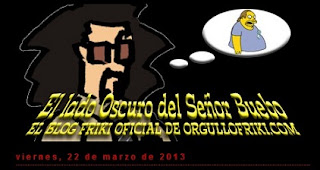 I don't think I need to tell you what the date coincides with...but there is more information here http://en.wikipedia.org/wiki/Geek_Pride_Day and maybe on Señor Buebo (I am looking into this as I write) here https://twitter.com/germanmartinez and here http://aprendiendoweb.com/.
Posted by Bridget Khursheed at 02:14 No comments:

Email ThisBlogThis!Share to TwitterShare to FacebookShare to Pinterest
Labels: geek, poet and geek

You will notice a hiatus in entries - the first of its kind in p&g history - I have finished the commission and it was a relief. In fact I feel that I have been relieved of my commission. 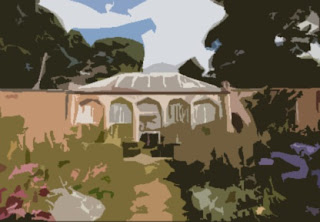 Sometimes writing a poem to order can be a pleasure. By coincidence last week,  I met the great [x] grandson of John Smith - a builder who worked for Walter Scott at Abbotsford. He lived in Darnick and was also a sculptor (his most famous work being a giant statue of William Wallace) and like many builders of his generation architect and designer too. I wrote a number of poems about his practice. How strange to find myself discussing them in my own kitchen with his direct descendant.

This is one of those poems which was first published in Gutter in 2010.

Posted by Bridget Khursheed at 03:45 No comments:

Poetry on the Lake


This is the 13th running of this fascinating competition and this year the theme is metal (the blurb mentions "include a metallic word, anything from gold to Goldilocks" which doesn't sound too difficult).

Judges included Anne-Marie Fyfe and Imtiaz Dharker. Not sure where the lake comes in but there is a nice picture on the website. There is a cryptic reference to "the most stunning setting for the autumn Awards Celebration at Lake Orta". So it appears you will be festival bound if you win...

Posted by Bridget Khursheed at 03:30 No comments: Between my finger and my thumb
The squat pen rests; as snug as a gun....

You can find it here http://www.youtube.com/watch?v=dIzJgbNANzk
Posted by Bridget Khursheed at 12:29 No comments: