p&g is in Dubai for the next week seeking out some local poetry.

Get in touch if you know where we should look.

Being a poet in UAE is a respected and sometimes quite lucrative profession - remember Nabati Poet Idol (http://poetandgeek.blogspot.it/2012/02/nabati-poet-idol.html). And poetry itself is also the subject of well-funded academic research in the Emirates. 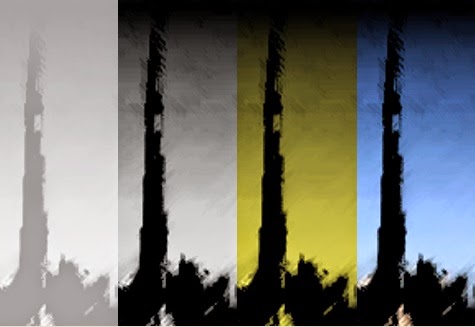 p&g has a consistent fascination in Arabic poetic forms and how some drifted into western consciousness through the Islamic kingdom of Spain - of which we have spoken a little bit before here http://poetandgeek.blogspot.co.uk/2012/02/muwashshah-poetry.html. And indeed Madrid is our next destination.

Plus we note that publications of translated pre-20th century Arabic poetry in its pure forms seem to bring out the Rudyard Kipling in the translators - I guess it is the desire to emulate the elaborate structure - we are sure there is good work being done maybe into languages other than English? French or Spanish? Again we would love to hear about this.

And beyond that we are hoping to have a thoroughly good time obviously...
Posted by Bridget Khursheed at 01:34 No comments:

Launch of The Book of Ways 4th October 2014 Edinburgh, Scotland 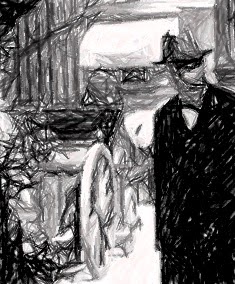 From 3-5pm and the event is free and fabulous with lots of different readers in addition to the inimitable Colin - p&g would be there but sadly likely to be shuffling through an airport. So much nicer to be chilling with new poetry...

The big p&g issue 9 is waiting for your contribution but don't dawdle. As the deadline is 30th September and we are imminently off to hunt out some Nabati poetry in UAE. 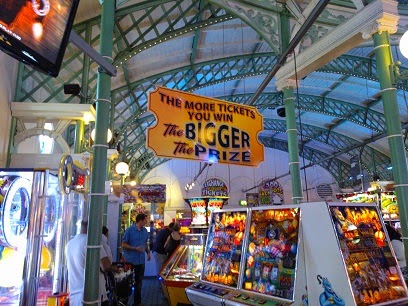 All the fun of the fair! Haven't seen us yet? Then all will be revealed here http://www.poetandgeek.com/.
Posted by Bridget Khursheed at 11:00 No comments:

You can catch the launch of Scottish poet Gerry Loose's new book Fault Line at Waterstone's in Glasgow Argyle Street at 6.30pm on Wednesday 24th September 2014. Or available online now.

"fault line is a very special piece of work. It feels as if this is a book born of a decade or more's looking and watching (surveillance). I relish the form: field-note, jotting, face-off, counter-movement. There's movement across the sequence, but no neat arc, and somehow over 100 pages there's no sense of repetition in the sense of stagnation, though of course the whole is bound and patterned by its recurrences - the white hart, the wild-flowers, the subs. Words flit and slide, 'fault' is not pure division but a kind of friction and slippage that is productive of vision as well as signalling separation and mutual harm. The atomic dark-stars of the submarines versus but also because of the glowing white deer. It's a poem - poems - of menace and mixture and anger, that finds its way into the immense complexities of contemporary 'nature', recording the beauties born of collision, while also keeping room for 'old aesthetics'. I heard shades of Buile Suibhne, hints of Mercian Hymns, though it is of course its own thing also. And there, too, were glimpses of domestic life lived on amid all this: kindling split, beans shelled, sights seen - the registration of 'enduring beauty' hard up against 'danger of death'. 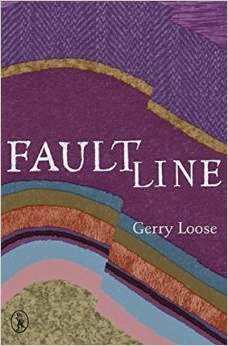 p&g is in Brighton this week and we would like you to tell us where to find the geeky poetry spots we love. 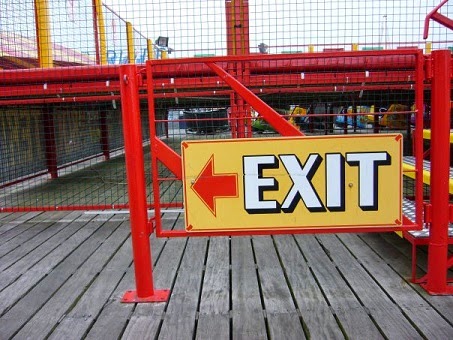 Posted by Bridget Khursheed at 12:33 No comments:

Any festival that promises henge building as a potential activity gets my vote... 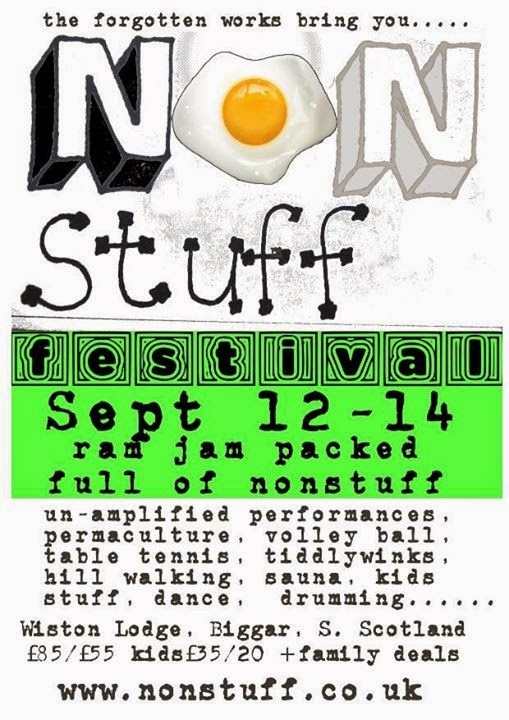 And you need to bring slippers and a cushion with a prize to go to the finest slippers on site!

This festival literally takes place in the middle of nowhere so you may never return but for the venturesome, you can find out more here https://www.facebook.com/events/454280454707876/?ref_dashboard_filter=upcoming&suggestsessionid=8e6488ef6e8827ca100df83e8a7f5c1b and as it says www.nonstuff.co.uk
Posted by Bridget Khursheed at 11:18 No comments:

p&g is a fan of art taxidermy and here is a wonderful new book from inimitable practitioner Robert Marbury. Almost all the stars are within... 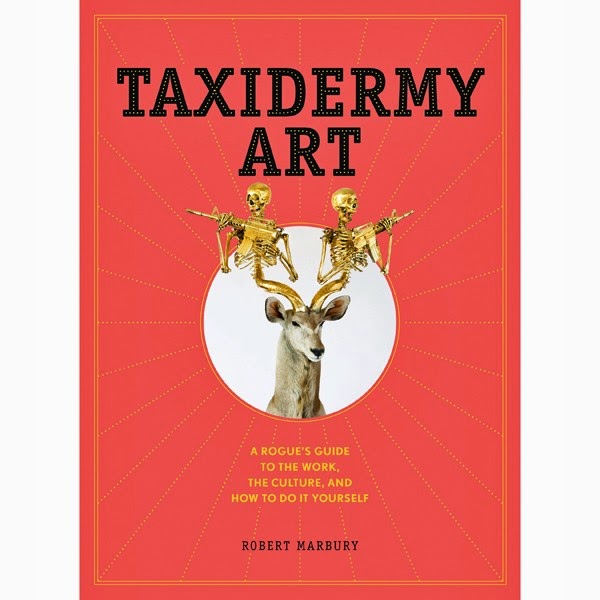 See the world as you never did before...

You can order now from here http://www.atomicbooks.com/index.php/taxidermy-art-rogues-guide.html
Posted by Bridget Khursheed at 11:03 No comments:

This early Guyanese poem objectifies its subject but with some more respect than meted out perhaps to English inhabitants of Arcadia. Edward Thompson (1739 - 1786) was a career naval officer of English descent serving predominantly on the slave route between Africa and the Caribbean; his poems however reveal his anti-slavery feelings and empathy for slaves. He died at sea leaving at least fifteen books of published poems and prose.

The Indian maid who lightly trips,
The Dryad of the Guava grove,
The zone of Venus round her hips,
And graced with youth, and blessed in love!
Gold rings adorn her nose and arms,


And leaves of beads veil naked charms.
Or if she quits the golden wood,
Pierced by the scorching solar beam,
She plunges in the cooler flood,
And swims the Naiad of the stream:
Adores the god in ev'ry air
And smiles the maid without a care.


Or if more distant creeks invite
To fish, to fowl, or seek her love,
She paddles the canoe upright,
Where Christian maids would fear to move;
On some fair tree her hammock swings,
Nor envies she the beds of kings.


Like other belles of other shores,
She daubs her limbs, her face, her hair.
Rauccoo and launa stop the pores
Against mosquitoes and the air.
But these, I trust, nor spoil her skin,
They're to defend - not lure to sin.


A beauteous bronze she stands confessed,
Venus nor Hebe more complete;
With various feathers tricked and dressed,
Perfumed with Tonkay flow'rs most sweet!
And when she moves, her mien and grace
Prove her the goddess of the place!


Rauccoo and launa: Indigenous dye plants - red, the latter black while Tonkay is a tree.

This poem came to p&g's attention on Ian MacDonald's page on Old Guyanese poetry. You can read the full article here http://www.landofsixpeoples.com/news022/ns208189.htm
Posted by Bridget Khursheed at 12:33 No comments:

It is a writing exercise kind of day.

Went to the site of the old GPO depot and before that old railway sidings close to Easter Road to hang out a bit. Sometimes it looks like a beach with juvenile gulls roosting up on shingle gravel and rockpool puddles but at the moment it is very dry. 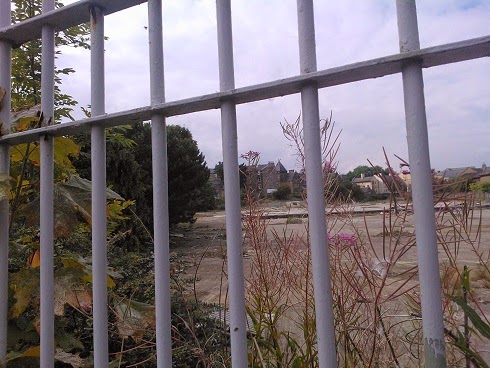 For some reason this space cheers me - it reminds me of student days working in the GPO at Christmas sorting parcels and forgetting to cancel the stamps so that old ladies like my mother could steam them off and reuse them - and there is the remains of a seating area with cypress and bulbs. Half hour breaks piling out to the pub to drink as much Guinness as possible. Friendships started and ended. 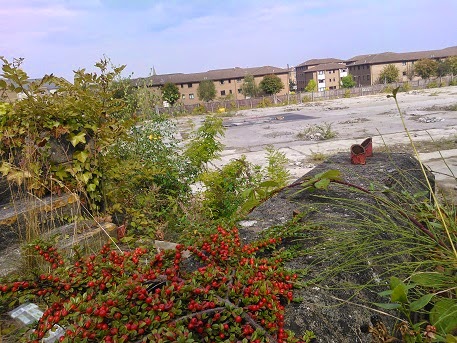 A place of possibility - today it is also clearly used as an inventive mountain bike track. 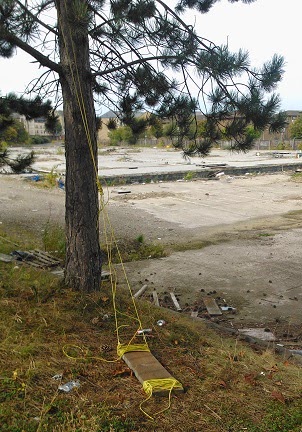 Writing exercise: find an empty place with rubbish blowing - ignored by passers-by and populate it. Claim the space...just the thing for when your muse playing silly b*****s.

Brunswick Road beach
For the old sorting office
A boat is moored here today.
Lumbering on dry dock trestles
a maze of re-used wood lascared
by fledged gulls in the gravel spoil
preening rain puddles. Half-hearted bike track.
Goods trucks chuckle down
out of sight; spray paint aliens.
We worked here once and got paid, deliveries came in and out, goods piled and stacked, the reek of Christmas, sellotape and packing paper, postcodes, the impossible sorting machine. It was a world in itself.
The sea itself is contradictory. No salt.
No front. No children
Keep out city council spike-topped railings.
Someone once planted fir trees, put that picnic table in,
people sun and fags
when the GPO was here and holidays.
I walk past each day to get a sandwich.
In love with you those nights at the gantry, half an hour break to swallow as many pints as we could and I never said, that elusive feeling welled and ebbed, left the bar to the parcel frames and banter.
Sometimes when the drizzle falls
and the light comes awkward, bright,
and the gulls drive off the piles
left after beachcombed copper wires
I can see you. Through the cheap parking,
the tide comes in again, the wishing wind
drifting me back to streetside pine.
© Bridget Khursheed
Other poems about trash available here http://allpoetry.com/poems/about/Trash
Posted by Bridget Khursheed at 04:41 No comments:

Job opportunity for a poet and geek?

Poet and geek? Books and code? Fancy working for the Scottish Book Trust in Edinburgh, Scotland as their Senior Web Editor.

﻿
You will have to be quick, mind, as the closing date is the 5th September.

You can find out more here http://www.scottishbooktrust.com/about/scottish-book-trust-team/vacancies#seniorwebsiteeditor
Posted by Bridget Khursheed at 11:54 No comments: