Now I am back performing a bit more often - I have been benefitting from some voice coaching in various settings. But I thought I would take this a bit further and actually work on my singing voice too. So I have joined a traditional song workshop with Scott Murray the folk singer. 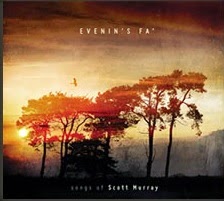 This is great for a number of reasons.

We are na fou, we're nae that fou,
But just a drappie in our ee;
The cock may craw, the day may daw
And aye we'll taste the barley bree.

More about some of the songs we are singing here http://www.riddellfiddles.co.uk/singing.htm and about Scott Murray here http://www.scottmurraysongs.co.uk/current/current-news-and-events/ and Robbie Coltrane reads Burns' poem here http://www.bbc.co.uk/arts/robertburns/works/willie_brewd_a_peck_o_maut/
Posted by Bridget Khursheed at 09:27