Genre Fluid is described on its cover as a "study into labels in everyday life in the arts and the LBGTQ+ community". The pun is funny and provocative; that play on duality is specifically defended in the book and permeates its content. Dan Webber put Genre Fluid on as a show and here is his dilemma - the first of several oppositions explored - is he a comedian? or a poet? Can a funny comedian even coexist with a serious poet? It's a dilemma not unfamiliar to poet & geek. The issue centres on how we define comedians and poets - which of course is a million miles away at times from how people with these professions actually are. (Poets can't drive for example!). And how people of all types see and read us based on what they think they know. 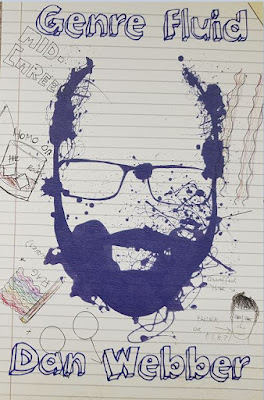 Confession: I love the way the book is set out - PowerPoints, snippets of text conversations and use of the Courier font immediately delight me.

The book follows the show but with no hecklers; were there hecklers?  The poems are arranged in 5 sections. My very first comment written in pencil on the text is "nice bit of Courier" - I did warn you! My next comment is to immediately respond to Dan's use of rhyme - this is spoken word that needs to be heard. In the poem "Moobs" - on the subject of taps aff being A-OK compared to breast-feeding (the very word is so serious and the slang version would be tits oot well you see the problem):

Who are these anti-tit hypocrites?
Who sit on commitee and ban the titty?
More's the pity

Dan Webber is a close observer - a skill useful in both of his professions - here he describes the eponymous date in the bitter sweet poem Thief.

The patterned bag
The beaten docs
The slightly hipster woven top
The half drunk can of gin and tonic held discreetly by your side
Underneath the no drinking sign...

There are a lot of dates described in the poems seen through the prism of dating apps like Grindr. These details are read; a semaphore memorable and contradictory. Dan is a bear he thinks and like comedian and poet and emergent or mid career this label shapes how he can interact and how he can be seen. Crossing codes is dangerous and it hurts sometimes. The pain sharpens the poems but it is a strong mirror on how we relate today.

This confessional style to the poems is funny and bleak; Dan Webber is prepared to go there. 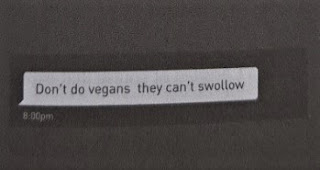 But at the end:

It's like puberty take two.
Forgive me , cause I'm still finding boundaries.

And in the end there is a kind of new definition hinted at; or a redefinition of how we can see ourselves

Wonderland
Teenage boy, applying lip gloss in a supermarket mirror
"So, then he called me queer and I was like, yeah and?"
His friends giggle like it's no big deal
Stealing from the samples, they trade eye liners
And ever so slightly, the world changes.


This book made me look forward to the next and especially to catching the show live.

Dan Webber is modest about his performance and poetry skills - this is a deft exploration of labels with a soft, disarming and wry heart. The book is published by Big White Shed with an impressive array of funding source brands on its back cover. You can buy it here and enjoy Dan on Twitter @Dan_Webber_poet

Posted by Bridget Khursheed at 05:45